Top Posts
Independent Contractor Laws and Regulations
Starting a full-time or part-time home company
How to get rid of loss of appetite?
How to gain weight naturally?
How to be wise in your words and...
What is VPS Web Hosting? All You Need...
A Brief History of the Red Indians: The...
Interesting facts about comets you probably didn’t know
8 Ways Of Celebrating Your Grandparents Day 2021
Interesting Dolphin Facts: The Ocean’s Intelligent Mammals
Home alumniyat_20 Augmented Reality/Virtual Reality and the Future of Learning
alumniyat_20Technology

Augmented Reality/Virtual Reality and the Future of Learning

Today we are going to learn more about the topic of Augmented Reality/Virtual Reality and the future of Learning. 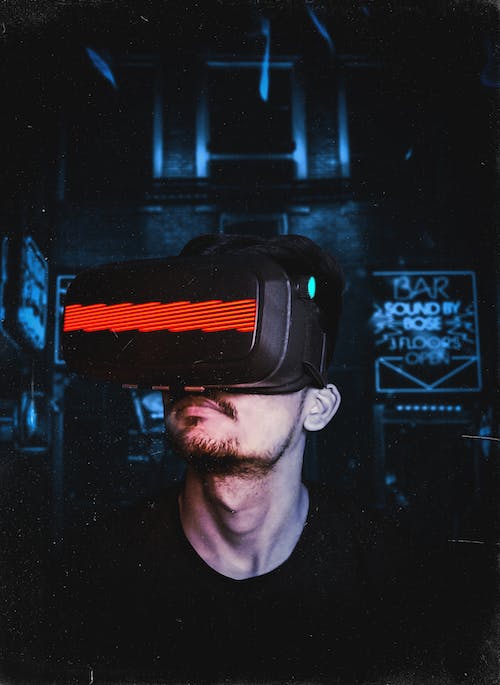 What is Augmented Reality?

Augmented reality (AR) and virtual reality (VR) are realistic technologies that either supplement or replace a real-life environment with a simulated one. Augmented reality (AR) enhances your surroundings by overlaying digital components on top of a live view, most commonly using a smartphone’s camera.

Virtual Reality is a computer-generated 3-D environment such as space, a lawn tennis court, or a combat zone. By altering items, it creates a whole new atmosphere for the users, blocking out the physical world. Consider a class where, instead of learning history, you are sent back in time to witness all of the events that have occurred.

Every year, augmented reality reinforces its place in our lives. While huge organizations and startups come up with fresh ideas on how to incorporate AR into business processes, app stores continue to introduce more and more engaging AR apps. One area where AR has the potential to disrupt the business is education.

Augmented Reality/Virtual Reality and the future of Learning: Importance

A three-dimensional, computer-generated environment that can be explored and interacted with is referred to as virtual reality (VR). AR, on the other hand, is an improved version of reality in which live direct or indirect views of physical real-world environments are overlaid with computer-generated pictures over the user’s view of the real world, boosting one’s present impression of reality.

In augmented reality (AR), a virtual environment is created to cohabit with the actual world, to be instructive, and offer additional data about the real world that a user can access without having to look for it. When a handset is pointed at a piece of malfunctioning equipment, for example, industrial AR apps might provide rapid troubleshooting information.

Smartphones are now owned by 80% of young people. The majority of them are smartphone users who use their devices to access social media sites, play games, and stay in touch with friends and family. Meanwhile, a significantly smaller percentage of young adults use their phones for studying, doing homework, researching a subject, and so on.

Education is one area where AR and VR might be a game-changer, among many others. Using this technology, a variety of themes and topics can be explained more effectively. They can provide kids a greater feeling of vision, making learning more engaging for all types of students.

Augmented Reality/Virtual Reality and the future of Learning: More info

For decades, traditional educational systems have used the same learning paradigms. Teachers today stand in front of their students in the same way they did a century ago. Education is one of the few fields of work that has remained relatively unchanged throughout the twenty-first century.

Learners can interact directly with the learning material via virtual reality. This raises the level of involvement as well as drive to learn. This technology can appeal to a wide spectrum of students.

Interactive AR transforms the classroom environment, including the walls and whiteboards, into gesture-controlled knowledge surfaces on which teachers can display various types of multimedia content, such as images and movies, to their pupils.

Augmented Reality makes teaching and learning more dynamic and allows teachers to be more involved in the process. Students appreciate witnessing 2D photographs on computer screens be transform into 3D interactive models. Teachers, on the other hand, profit from concentrated pupil immersion. They can teach as they choose because they have control over the equipment in a flipped classroom.

AR in education is transforming traditional classrooms in a variety of ways, from making it easier for students to obtain material to teaching them cooperation skills. Augmented Reality/Virtual Reality and the future of Learning. Schools are building programs and leveraging resources like AR-enabled workbooks, virtual maps, 3D coloring books, and other tools to achieve this and add value to the educational experience.

Drawbacks of augmented reality in education: Augmented Reality/Virtual Reality and the future of Learning

Virtual reality can help in making learning more entertaining. It can also engage those who previously lacked confidence in a school. This can be quite effective because emotional rewards are a significant and valuable motivator for kids, encouraging them to study even more.

But is it safe for students to Access Education in augmented or Virtual Reality?: Augmented Reality/Virtual Reality and the future of Learning

One of the disadvantages of augmented reality is that it is reliant on collection, analysis.

and redistribution of many sorts of data, notably through the use of Big Data, which raises privacy and security problems. Some AR devices, for example, record the environment in real-time.

The border between the actual world and also the digital world is a blur by augmented reality. As a result, another disadvantage or negative of augmented reality is the potential dangers associate with reality alteration. The dangers of reality changes need the establishment of guidelines. Developers should avoid adding too many digital aspects to their AR systems.

In education, augment reality makes teaching surfaces smarter. It allows digital devices to gather and provide a wealth of relevant data. We can utilize this data to improve student’s learning experiences. And has a significant impact on the entire ecosystem. It breaks traditional boundaries and provides a fun and engaging approach to study and understand subjects.

Drawbacks may be a tackling point for the technology to consider and so using the relevant information and update can improvise the VR and AR for better.

Because of the benefits of augmented reality, an increasing number of educational institutions are incorporating it into their classrooms by converting ordinary walls.

chalkboards, and whiteboards into AR surface to make learning and teaching more effective than before.

A trip to The Heart of India: Rajasthan…!

How to get rid of loss of appetite?

How to gain weight naturally?

How to be wise in your words and...

8 Ways Of Celebrating Your Grandparents Day 2021

How does pigeon meat benefit our health?