Top Posts
How to develop the skills of a gifted...
Cardiac catheterization and everything you should know
How to rearrange your life?
How to become a good reader?
Financial Security: The Urgent Need for Planning Ahead
Nikola Tesla: Legends Never Die
The Influence of Cartoons on a Child’s Mind...
Call of Duty: Vanguard has hackers already!
Pluto: It’s Not a Planet, But Why?
How to increase creativity?
Home alumniyat_20 Africa 50/50 final: Al-Ahly should beware of dramatic scenarios
alumniyat_20Sport 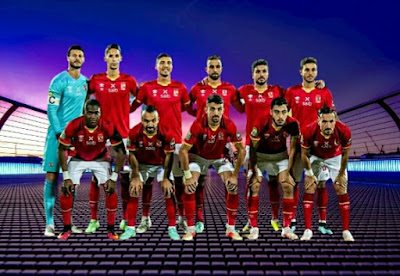 Only 90 minutes gives you a championship or loses it. Therefore, caution is a duty on the part of Al-Ahly in its crucial match against the South African Kaizer Chiefs in the final of the African Champions League next Saturday in Morocco without being drawn into what is said about the opponent’s weakness and ease of confrontation.

The tournament will not be decided except inside the stadium and with the final whistle and before it, according to the laws of football. The chances are equal to 50/50 for each team. Therefore, Al-Ahly has to beware of the dramatic scenarios that characterize the finals. The key is to fight to the end to achieve a new dream. A new championship adds to the wheel of urbanization with championships in every shape and color.

The truth is that Kaizer Chiefs is not a force that is impressive or terrifying, but we cannot say that it is a weak team. On the contrary, it is a team that knows how to win. It is equipped for that and can resolve confrontations in its favor. This is even if it does not perform at a high level. This is a very difficult matter for the team facing it. We have in Moroccan hope the sermon and consideration, after the success of the South African team in defeating it at home with a goal and then achieving a draw in Johannesburg, to snatch the ticket to qualify for the final.

Even if we assume the fact that Kaizer Chiefs is not one of the big teams in Africa, he has a great chance to win the Champions League and he will not give up the opportunity easily, so he will do everything to win. Their psychological motives in the match may be greater than technical. And it may give them the upper hand if Al-Ahly is not fully prepared to deal with the match. This requires that Musimani and Al-Ahly players take this point into account without complacency or recklessness.

Al-Ahly will not be on a picnic in Casablanca. They did not pack their bags from Cairo to visit the famous and distinctive tourist attractions of the charming Arab city. Also, Al-Ahly is facing a major task that it must succeed in accomplishing. This will only be achieved by respecting the opponent. It has to put the Pyramids match in his accounts. We all saw what happened when the players neglected the opponent. If they lost two points in the league, it is easy to compensate. But in a decisive match for the championship, there will be no compensation and regret will not help at that time.

It is possible to say that the match will be easy and within Al-Ahly’s reach, in only one case! It is to show Al-Ahly’s personality with commitment, effort, giving, and masculinity on the field until the last drop of sweat, and if this happens and I am confident that it will happen, then we will say to Al-Ahly congratulations on the tenth .. Say, Lord.

Fictional Story Writing: ‘On The Road’

How to develop the skills of a gifted...

How to rearrange your life?

How to become a good reader?

Financial Security: The Urgent Need for Planning Ahead

The Influence of Cartoons on a Child’s Mind...

Pluto: It’s Not a Planet, But Why?

How to increase creativity?

Profit from the internet: Fact or mirage?