Top Posts
Electoral Process in Britain
Importance of Fitness to a Health Living
The Bell Jar by Sylvia Plath
Signs of Unhealthy Flowers
Advantages of Flowers
Types of Flowers
Organize Your Time With These Apps
Teach Your Child Programming In a Fun Way
Improve Your Focus
Tips on How to Improve Awareness
Home HealthAlternative Medicine Surya Namaskar, How much should a person do it on a daily basis for better results?
Alternative MedicineNeed review

Surya Namaskar, How much should a person do it on a daily basis for better results?

If you are looking for only one mantra for good health without enough time, here is the answer for you …. Surya Namaskar (Surya Namaskar), a collection of twelve Yogasanas, is good training for the heart. These looks, which translate to sun salutation, keep the body in good shape and the mind calm and healthy.

It is best to do sun salutation in the early morning on an empty stomach. To get healthier, let’s start doing this simple, yet effective, sun worship set.

Each sun worship cycle consists of two sets. These 12 yoga poses together to form a set. To complete the second part, repeat the same positioning steps (steps 4 and 9 given below) and move the left leg instead of the right. You may have seen various visual descriptions of doing a sun salutation. However, it is best to practice consistently following a specific sequence.

In addition to getting healthy, Surya Namaskar is also an opportunity to express our gratitude to the sun for keeping life on this earth alive. Surya Namaskar starts each day for the next ten days with grace and gratitude for solar energy. Do 12 rounds of sun salutation (Sun salutation in Tamil), then do other yoga exercises and then relax deeply in Yoganitra. You will find that it is a quality mantra for physical health, happiness, and peace. You will also feel that these effects last throughout the day.

Sun salutation is a ritual that our people have been following since time immemorial. It is a ritual that helps to strengthen and calm the body and mind. When this is done according to the rules, energy and power come to the body.

Early morning sunlight plays an important role in our health. This is what the Siddhars who lived in our blessed Indian land said that bile starts in the morning sun and subsides in the evening sun.

The Atharva Veda says that the deadly disease jaundice can also be cured with sunlight. This ritual is popular in all parts of the world, including Western countries. Exercises include sun salutation under the names of gymnastics and sunbathing.

It also prevents the invasion of tuberculosis by stabilizing the organs.

Regular sun salutation can partially prevent premature aging. The joints are well lubricated. The belly is able to control the coming of the stomach. Sun salutation also helps to keep the mind and body energized. 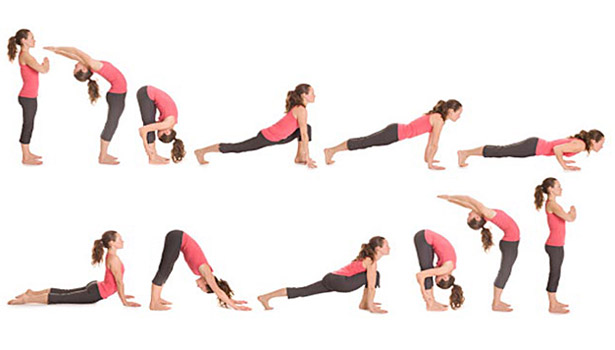 * The best time to do sun salutation is early morning when the sun rises.

* Surya Namaskar is a yoga practice consisting of eight stages in a row.

* Each Surya Namaskar consists of a total of twelve asanas. A round combined with twelve seats. Thus the combination of 12 namaskara circuits is a sun namaskara.

Share this article and get money
Login To see the link
Sun SalutationWhat are the benefits of Surya Namaskar? How much should a person do it on a daily basis for better results?
0 comment
0
FacebookTwitterPinterestEmail

Do you know about Halasana which makes your...

Benefits of Fenugreek which removes toxins from the...