Chelsea Player Willian set for a switch to rivals Arsenal

Willian is about to sign a two-year deal to become Arsenal’s first signing of the summer transfer window, according to reports.

The winger is keen on staying in London, which makes a switch to the Emirates Stadium more appealing.

According to the Daily Star, Williams is Arsenal bound. It appears the player is edging closer to signing a contract agreement with the Emirate hierarchy. The Blues attacker is out of contract at Stamford Bridge but may not have to leave the capital, with Mikel Arteta ‘s side in hot pursuit. It is becoming more apparent why the attacker stayed out of the Blues team that lost to Arsenal on Sartuday at Wembley.

Arsenal has been ahead of the chasing pack, which features the likes of Barcelona and Inter Milan, since the beginning of the transfer saga. It may only be a matter of time before the 31-year-old becomes a Gunner.

The report has it that he has agreed to terms with the Gunners offering him a two-year contract. A contract the Blues were not eager to provide him with 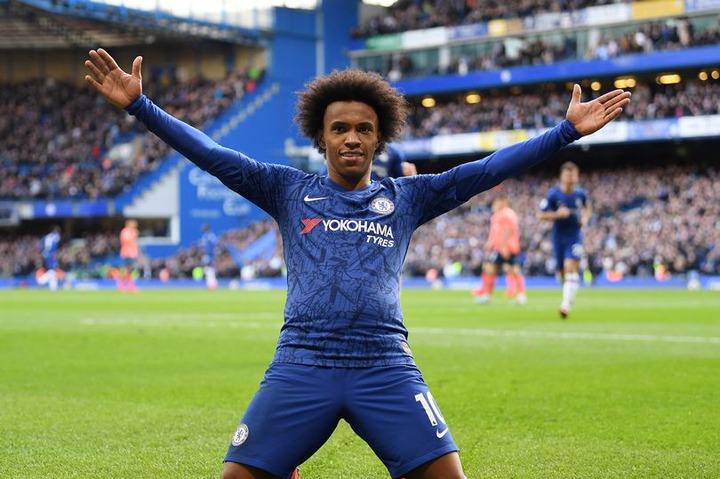 French outlet Le10 Sport is reporting that Willian is on the verge of a move after all agreements.

However, Le10 Sport is reporting that Willian’s current Arsenal offer is for two years with the clause of a potential one-year extension.

Regardless of the length of the deal, it is clear the Brazilian winger wants to move to Arsenal.

Discussing a potential Chelsea exit earlier this summer, the veteran admitted he was unsure where his future lay.

Arsenal will be eager to add Williams to their firepower which already has the likes of Aubamayang, Lacazette and Pepe.