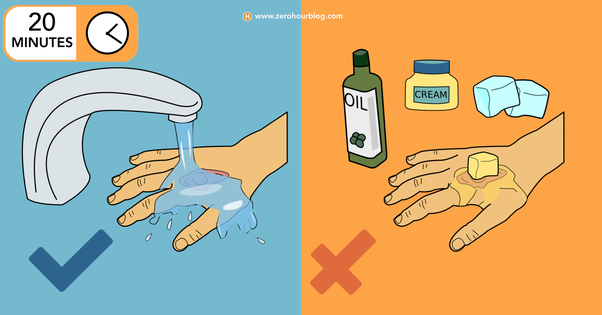 Some of the other answers here are not particularly clear, so let’s take things to step by step, assuming a rather large accident.

Probably the most practical real-world thing to do would be to put the headphones from your mobile phone in, so you can make an emergency call while you are doing the next few things. Dial 911/999/112/local equivalent. If there’s a system like in the UK where you need to specify the service you want the call transferred to, ask for the police.

1: Make sure you, and any uninjured people are safe

The best way to do this is to carefully get other traffic to stop, with their hazard lights on, or place a warning triangle on the road ahead of the accident.

This makes sure you can safely work on the road without worrying about other traffic not stopping in time and hitting you.

Get the handbrakes on any cars that don’t have them on already, and if necessary, chock the wheels.

If there seems to be fuel leaking or flames, don’t approach the vehicles, and don’t encourage other people too. Just wait for the rescue services.

2: Quickly count the casualties, and how many appear to be unconscious

An unconscious person’s head will flop forward so they can’t breathe. So it’s not quickly possible to tell if someone will breathe if you open their airway.

Before doing that, just count how many people look conscious, and how many don’t.

These are the details the call handler will need to get ambulances on their way to you. At this stage, don’t do a full 10-second check for breathing, just quickly check if they look conscious. About 15 seconds per vehicle is realistic. 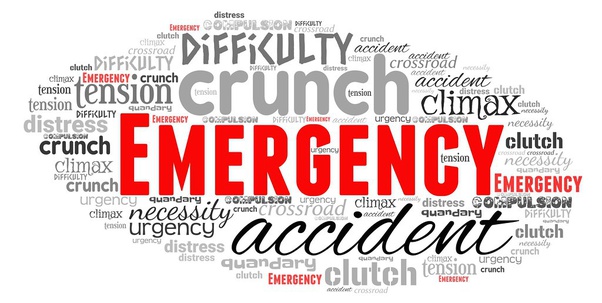 If there are other witnesses happy to help, split people up so that people with first aid knowledge are sent to the casualties who are unconscious.

This should take 30 seconds at the most, and should just be a case of saying to each person who has stopped “Do you know any first aid?”

This time, properly open the unconscious (or at least, not shouting or moving) casualties’ airways by tilting their head and lifting their chin, while they sit in the car, and see if they breathe.

If they do, someone needs to hold their airway open. Keep them in the seat of the car. If the casualty is in the back, and there’s a person in the back without any serious injuries who does not seem confused, they are the best placed to hold the head in place, with the airway open.

Avoid moving them, as they are likely to have a back or neck injury.

Keep checking the breathing every 30 seconds or so, or instruct the person holding the head in how to do this.

If any are not breathing, you need to make a decision.

You can get them out of the car and start CPR, but this is all you’ll be able to do. Someone who doesn’t breathe when you open this airway is the least likely group involved to survive, so, your time would be better spent making sure someone who is unconscious but breathing doesn’t deteriorate and stop breathing.

Where there are more seriously injured casualties than people able to help, it may be best not to treat them at this stage, or at least to delay it until you know the condition of everyone else.

You are not doing anything wrong if you can’t treat everyone.

However, if you have plenty of help, and nobody else’s care will be neglected, people can start CPR. The casualty needs lifting from the car and placing it on their back. This is the only time you should move someone from the car, as, if you don’t start CPR, they will most likely die.

If anyone has significant bleeding, treat this next, just using direct pressure, and a sterile pad if you can find one (lots of cars include first aid kits).

Next, move on and provide any first aid you are trained into anyone else who needs it. While waiting for the ambulance, avoid letting anyone leave, even if they seem well if they have been involved in an accident like this.

The first ambulance crew need a summary of all of the casualties but assume they will see the most seriously injured first, and guide them that way. They will be looking to decide whether any extra ambulances (more than have already been requested) will be needed.

Until every casualty has at least been checked over by a member of the ambulance crew, you can keep moving to the less serious casualties until all of the ambulances have arrived.

What is a Heart Attack and Its First-Aid?

Doing These Things Is Enough To Make Married...

“COVID-19”- From Epidemic to Pandemic

Fix Your Finances With a Debt Consolidation...