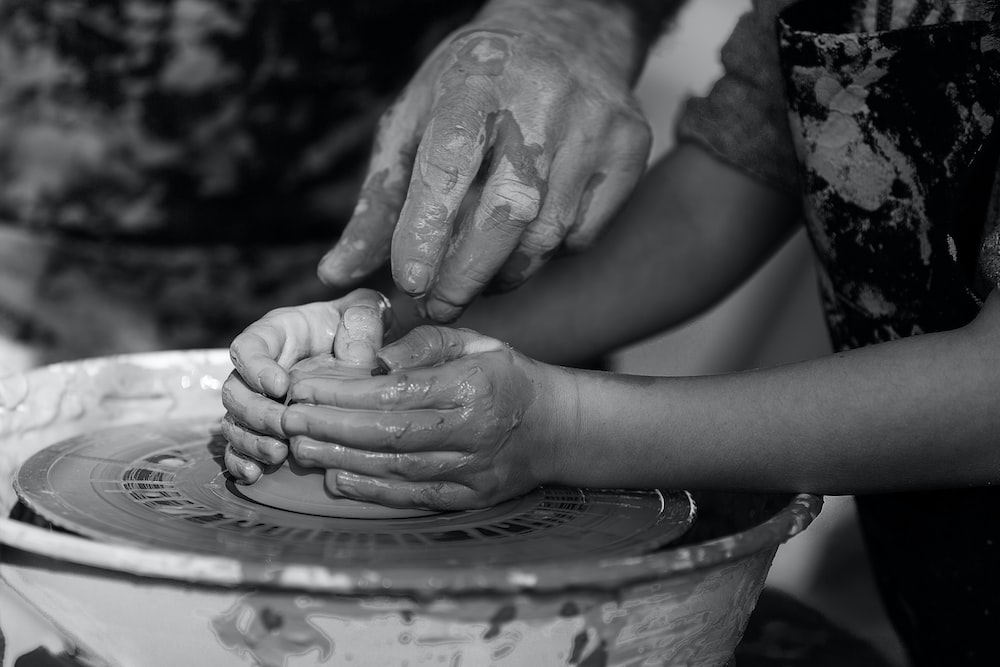 Though I diligently helped myself to the frothy coffee with a satisfied grin, my engrossment was unfailingly toward the door which led to the staircase. I was ensconced on a soft red velvet sofa with the children’s parents on the other side of the tea-table, heaped with some old newspapers and other writs. The mother was having a spirited colloquy with me on the topic of distance learning, as the father was mostly hearkening to our opinions. But I could not refrain myself from glancing furtively at the door every once in a while. I was yearning for them to turn up, throwing tantrums at each other, only to go red on seeing me and swiftly depart upstairs to fetch their masterpieces, usually drawings of themselves learning dutifully in class, which is, of course, hardly the truth. A gentle reminder from the mother about the coffee getting cold yanked me out of the reverie. A little while later the mother excused herself and went upstairs. Now I took the last sip and plunged into a seemingly perpetual discussion about the pandemic with the father, dodging any obvious question regarding the reopening of the institution. I was just another prey to the irredeemable circumstances, after all. I was tickled to see the mother leave for upstairs where they were, lulling myself, thinking that she might bring them down. As were my eyes, my ears were also steady not to miss any louder commotion from upstairs.

Just then would my anamneses from those halcyon early school hours come flooding back, so that I almost choked with nostalgia. Those were the days when I could get a kiss planted on my cheek in place of an extra ‘V. Good’ to hail their art of lopsided lines. Some of those little brats even refused to enter their classroom unless I hugged them. I vividly remember rebuking the younger sister once only to summon her in the next period to canoodle her. The four-year-old climbed on my lap at once, shedding the ticked gesture she had been trying so desperately to assume and complained about the lack of space. This was when she didn’t know about ‘distancing’.

I went to their house a couple of times before. The first one to peep out of the window and hurry to intimate her parents about my arrival was the younger sister. I was led upstairs by one of the parents. The elder one, the mischievous of the two would always place her sister before me to escape the string of questions if asked, though both of them had scored good marks in their last assessment. It was only when I nicknamed them and pulled and placed the younger sister on my lap the elder one would come closer and show me the drawings or craftworks she did. I would enjoy the snacks and tea and baffle the sisters with tricky riddles. Never did I miss an opportunity to watch them dance to their mother’s song.

My heart leaped with joy but shrank in no time when I suddenly heard a sweet commotion coming down the stairs but soon retracing back after a loud yell from their mother, hurled at the older one but meant for both. The mother came and sat beside me and gave a genteel smile. I was tenacious. I was left with no other way but to ask the mother about their health. “They are fine and healthy”, I was answered. I expected something more. I was wondering about the masterpieces, which must have been drawn, the crafts with rugged edges which meant a lot to me.

I took the last chance and rummaged inside my pocket for the bottle of sanitizer and poured a lot more than I usually do on my palms and rubbed them thoroughly, even readjusted my mask and made sure that both the parents notice it even though I felt that I was spoiling the situation. So I just started another topic of discussion about the ongoing economic crisis with a feigning enthusiasm which was never enough to conceal the dismay of a soul whose heart was in shards for not being able to feel those touches so dear to him.

I stood up and told the parents that I had got some appointments in the evening. They even urged me to stay for another round of coffee, but I declined. It had been a battle between my human desires and my rational self. To snap out of this dilemma, my instinct was to walk out with a feigning smile. It was twilight. I did not start my bike. I found myself wrong to blame the parents. They just maintained social distancing to protect their kids. I still couldn’t bring myself to start my bike. I didn’t want to and perhaps wouldn’t look back had it not been for the bruise the little girl got on her left arm during playtime at school and how I had to cajole her into allowing me to apply some ointment on the cut. I wondered if it was fully healed. I turned to look back toward the first floor only to meet two pairs of eyes gazing at me through the two window panes left open, apparently, for the same purpose. I beamed at them and was just fortuitous enough to behold them waving at me with those ethereal giggles of theirs.

In our childhood, we used to play ‘touch me if you dare’. We all dare to touch one another and will continue to do so through these pulchritudinous moments when distance doesn’t matter.

I am a teacher by profession and a writer by passion. Marveled by the endeavors of the literary stalwarts, I have found my bliss in the winding alleys of fiction.

On a Blue Night

Do Aliens Really Exist? A Thought to Ponder

The Search For The Emperor’s Apprentice Part 2

The Search For The Emperor’s Apprentice Part 1

The Revolutionist and His Lover